The Ghostly Advent Calendar: 24th December – Don’t take this road in the dark 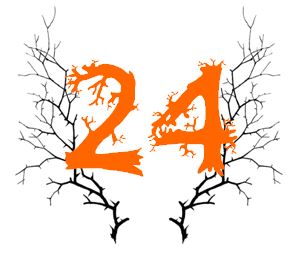 This afternoon, Badger and I will be leaving our cosy little home on the Somerset levels to travel to my mother’s, on the foothills of the Quantocks. She lives in a small village called Milverton, not far from Wellington, in the valley of the River Tone. A village with its own ghosts, but I’ll save that for another day.

To travel to my mother’s, you can choose three main routes – the M5 to Wellington, then down the red-banked winding roads until you get to the old primary school. Or, you can approach the village through Taunton (home, for a time, to the infamous hanging Judge Jeffreys) then through Norton Fitzwarren and Hillcommon until you reach the narrow road uphill to Milverton. My preferred way is not the quickest way, but it is the route with the most potential for ghostly contact.

The A38 between Taunton and Wellington is a long stretch of highway with many a blind junction and dangerous bend. It also has a reputation for spectral sightings that I first came across in Peter Ackroyd’s ‘English Ghosts’ (see previous blog post). For years now there have been reports of a lonely figure in the middle of the road. Wearing a rain-soaked overcoat, this man is looking down at the road – in some versions, shining a torch onto the surface, as if looking for something.

Ackroyd tells the story of lorry driver Harold Unsworth, who in 1958 had not one but four ghostly encounters with this apparition on the A38 – beyond Wellington, towards Cullompton in Devon. The first time, just before dawn on a dark winter’s morning, he was flagged down by the figure in the sodden overcoat, who asked to be taken to the old bridge at Holcombe. Unsworth duly did so – only, three days later, on the same stretch of road, the same figure again flagged him down and asked to be taken to the old bridge. This time he was smiling and occasionally chuckling. On the third occasion, the same events occurred exactly in the same fashion.

The last time Mr Unsworth encountered this character, however, things took a turn for the sinister. Again, travelling on the A38, he saw the same man waving for help and felt obliged to stop. He took him to the old bridge at Holcombe, where the man asked him to wait while he collected some suitcases. After twenty minutes with no sign of his return, Mr Unsworth grew impatient and continued his journey – only to find the same man, three miles down the road – standing in the middle of the lorry’s path. Unsworth swerved, but the mysterious figure, instead of leaping to safety, dived in front of Unsworth’s lorry. When Unsworth (and one can imagine the alarm he now felt) climbed down from his lorry, expecting to find mangled remains underneath it, he saw nothing. Not a trace. Only upon resuming his journey, he saw the same man again, by the side of the road, shaking his fist at Unsworth in a fury.

This story is also recounted here and here on this forum so certainly seems to be an infamous phantom of the Somerset roads and highways. I’m not sure if I’ll be able to persuade Badger to take this route after sunset, but it appears to be my best chance of finally getting a sniff of a ghost before the year is out.

Like Loading...
‹ The Ghostly Advent Calendar: 23rd December – Peter Ackroyd’s Haunted England
Haunted by the ghosts of our online lives ›

Tags: Christmas chills, Did that really happen?, weirdness in the wild