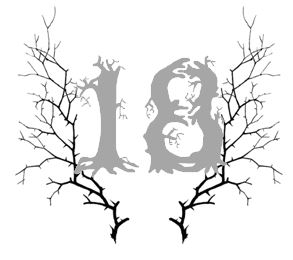 Charles Dickens’ most renowned contribution to the modern interpretation of Christmas is, of course, ‘A Christmas Carol’, the most frequently adapted work in all of English literature. From The Muppets to Blackadder, from Scrooged to Ross Kemp, everyone wants a bit of ghostly redemption in their festive fiction.

But the story of Ebenezer Scrooge isn’t Dickens’ only story about the holiday. In fact, after the success of ‘A Christmas Carol’, Dickens went on to write annual seasonal stories almost every year for the next quarter of a century – the first five are known as The Christmas Books.

The second book in the series, ‘The Chimes’, was written in 1844 against the backdrop of the New Poor Law and immense social inequality. Although it’s about the Christmas season, it’s specifically about New Year and the power of hope. The full title is ‘The Chimes: A Goblin Story of Some Bells that Rang an Old Year Out and a New Year In’.

It’s the tale of Trotty Veck, a ticket-porter, and his struggle against despair at the end of the year – he despairs against immorality, corruption, poverty and the injustice of society. As he stands at the top of the belltower, having been called from his bed by the chimes of the nearby church, he wonders what the point of it all is. The spirits of the bells, and their goblin attendants, reveal to him what will happen if he falls – and as you can imagine, it’s not a pretty alternative future. He sees disaster upon disaster befall his loved ones, and is only woken from this nightmare when he tries to save his daughter falling to her own death, with her unborn child inside her. As the chimes of the bells startle him out of sleep, Trotty feels a sense of hope that he can change the way that the poor are treated and protect his own family from the miseries of poverty.

There’s a bittersweet coda from Dickens, just to really hammer home the message that we are all responsible for the fortunes of others:

“Had Trotty dreamed? Or are his joys and sorrows, and the actions in them, but a dream; himself a dream; the teller of this tale a dreamer, waking but now? If it be so, O listener, dear to him in all his visions, try to bear in mind the stern realities from which these shadows come… So may the New Year be a happy one to you, happy to many more whose happiness depends upon you!’

image courtesy of the Victoria and Albert Museum

The delicate little sketch above, drawn by Dickens’ illustrator Daniel Maclise and bequeathed to the V&A, shows Dickens reading the story a group friends and fellow social justice campaigners, including Thomas Carlyle. “I am in great hopes that I shall make you cry, bitterly, with my little Book,” he said at the reading, and there was, reportedly, “not a dry eye in the house.”

It’s a sad but ultimately hopeful tale for the season, and a powerful secular reminder that greed, insensitivity, and social injustice are the true obstacles to a happy New Year.